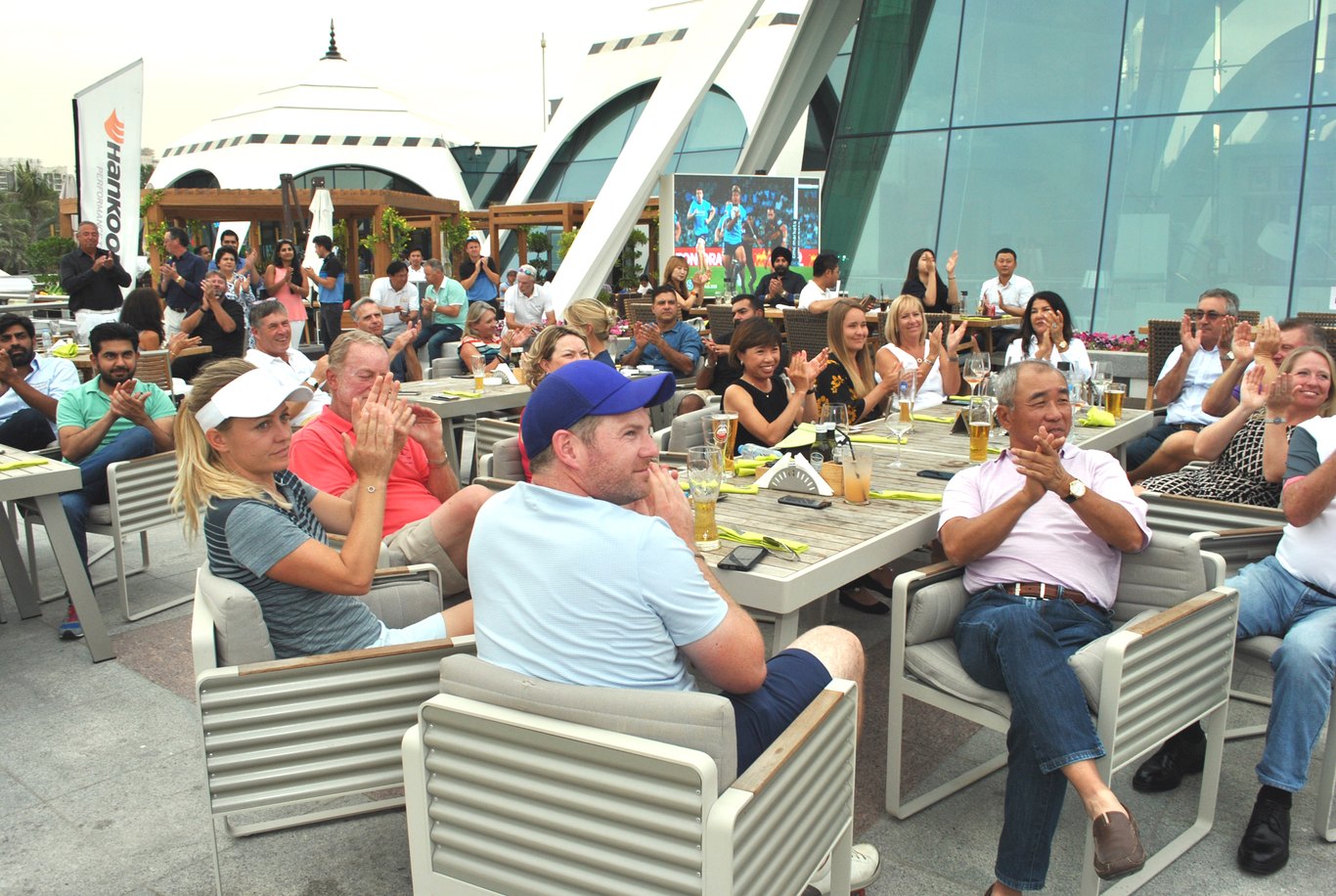 Congratulations to the overall winners of the 2018 Hankook Greensomes Tournament, Siddharth Dutta and Subhojit Biswas. Siddharth and Subhojit carded two fantastic rounds of net 64 on the Faldo course on Day 1, followed by a net 66 on the Majlis on Day 2. The pair claimed victory by an impressive seven strokes over what turned out to be a very warm weekend. However, this did not deter the many golfers who competed for the prize, with over 150 taking part in this year’s edition of the tournament.

The runners-up for the tournament were Darren and Fran Cole, both members of Emirates Golf Club, with fantastic scores of 69 and 68 totalling 137. Darren and Fran just pipped Craig Dunn and Pascal De Garrigues, also members of Emirates Golf Club, who finished in third place, with a total score of 138, which comprised of a solid opening round of 72 on the Faldo and a fantastic second round of 66 net on the Majlis course. The local knowledge proving the difference over both courses.

In the Gross Division, it was the pair of Natalii Gupta and Kellie Gachaga who came out victorious, carding rounds of 73 and 75 over the Faldo and Majlis courses respectively, totalling 148 for the tournament. The runners-up in the division were Shane Wilson and Sanjay Dhandsa, three shots adrift, recording scores of 76 and 75, equaling 151 total strokes.

For the Net Day prizes, the winners on Day 1 on the Faldo course were Michael Kaye and Victoria Johnson with an incredible score of 64 net. Day 2 winners on the Majlis were the pair of Jenny Ayres and Ian Scott, with a brilliant score of 66 net.